Over 18’s Kickboxing will have open session time slots Monday & Thursday  where you can come in and train individually in your separated area. The Instructor will be present to over see your individual training and give advice if needed. Training Sheets will be on your training areas. 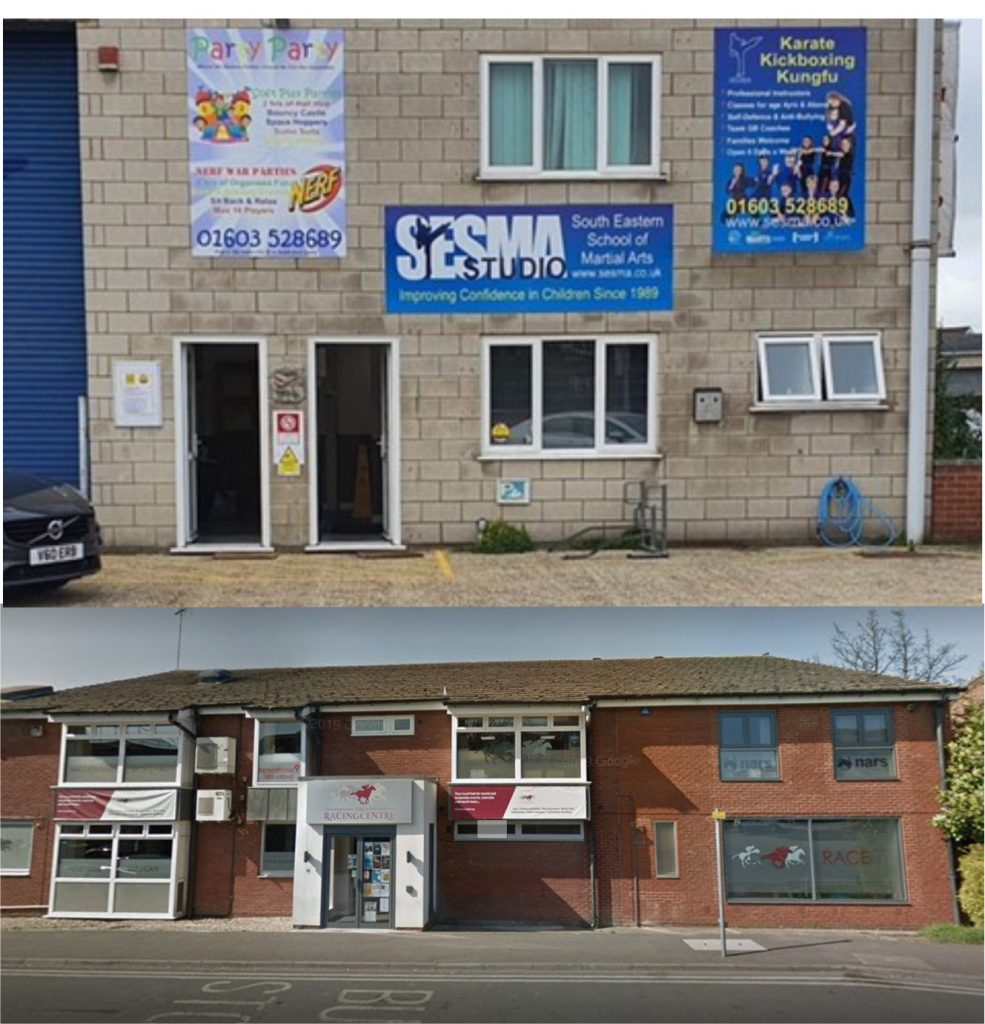 Will not be running allocated class days/time slots.
We are going back to open time slots as pre Covid-19.
Students/parents entering the studio over the of 11years
will need to wear a mask (not whilst training).

When dropping off or picking up from the studio, rule of 6 applies.
When picking up from studio, please come near the studio entrance to pick up your child. We do not want children running across carparks unattended. Also we can not recognise you sitting in your car. We will not let any children leave the studio unless you come forward to collect them.

I have taken the time of the last LockDown to relook at our timetable and how it can be improved to give even more quality to our classes and make you even more awesome.

The main change to the time table, is that the low grade classes are now split in to 2 separate sessions. This will mean lower number of students per class and allowing more concentrated grade relevant tuition.

Having Beginners, White & Red belts training with 2nd Greens and Blue belts worked OK, but at SESMA we want better than OK.

Another change is the Friday classes, more specific training sessions and bring back the competition training classes package.

2nd Friday of the Month Competition Sparring Training (part of the Competition Bolt On Package).

3rd Friday of the Month Competition Kata Training (part of the Competition Bolt On Package).

4th Friday of the Month is yet to be finalised. My intension is to introduce Instructor Training sessions for those that would like to be part of the Instructor Team either as a Beginner Buddy, Assistant or Full Instructor.

Competition Bolt On Package additional £10 pcm speak to your instructor for details.

We have another great guest instructor lined up for the Elite students on Thurs 11th March 7pm.
Again I would like all Elite students to attend. Access to the the classes will be through the SESMA Members Portal.

I have been practicing the Hayashi Ha Karate and Kobudo systems for 19 years and in the last two years have added Muay Thai Kickboxing to my training.

I first began training for a fun way to exercise. At the time, I was a sophomore at an all-girls college preparatory school and because I was in choir, I did not have the opportunity to participate in the physical education class.

When I first started high school, I was already overweight and as a sophomore, I was afraid of how unhealthy I could get by the time I would graduate. Not knowing what I was getting myself into, I entered the world of martial arts. Little did I know that I was stepping not only into a life-long passion but a life changing journey.

Since then, I have been blessed with the opportunity to break barriers for myself and others.

I became the first student at the training center to earn their black belt; now at 4th dan, the highest-ranking female student my instructor has ever had. For my State, Texas, I became the first female athlete to compete for the U.S. Martial Arts Team in 2014 and in 2018 became Texas’ first female Coach for the Team.

So far, I have won 7 World Martial Arts Games Championships and at the age of 34, received my first hall of fame award, the 2020 London International Hall of Fame Instructor Award.

I am so thankful to be on this journey, the confidence and strength it has given me over the years and count it a great joy to share it with others! 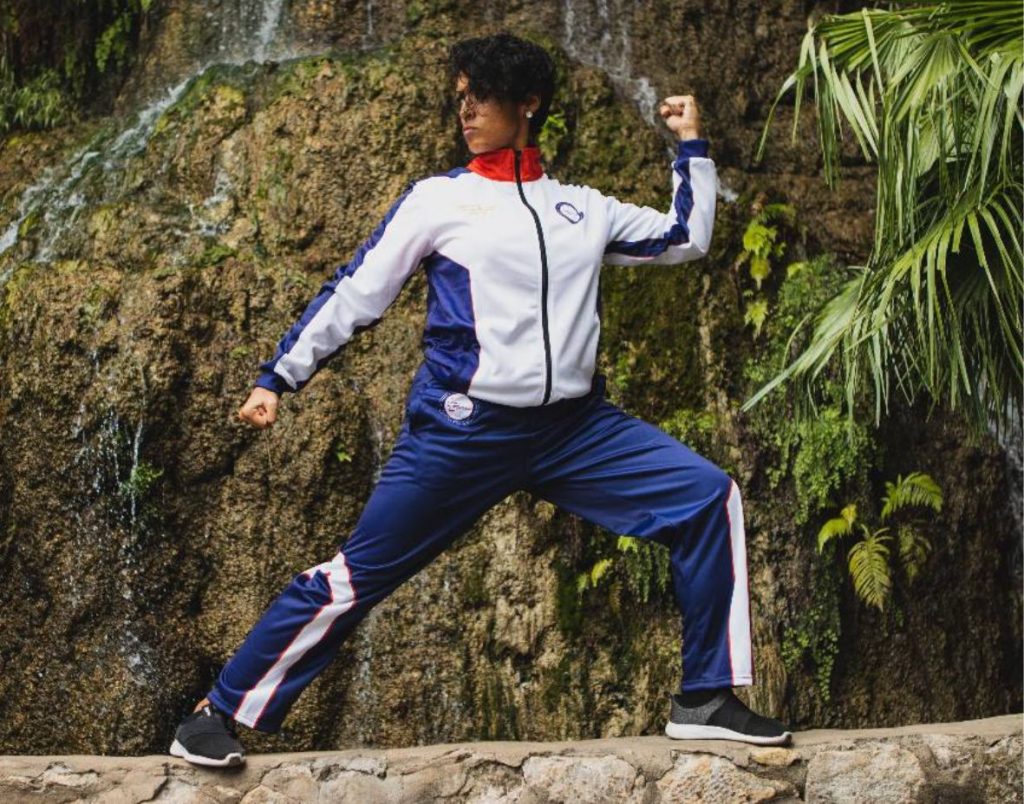 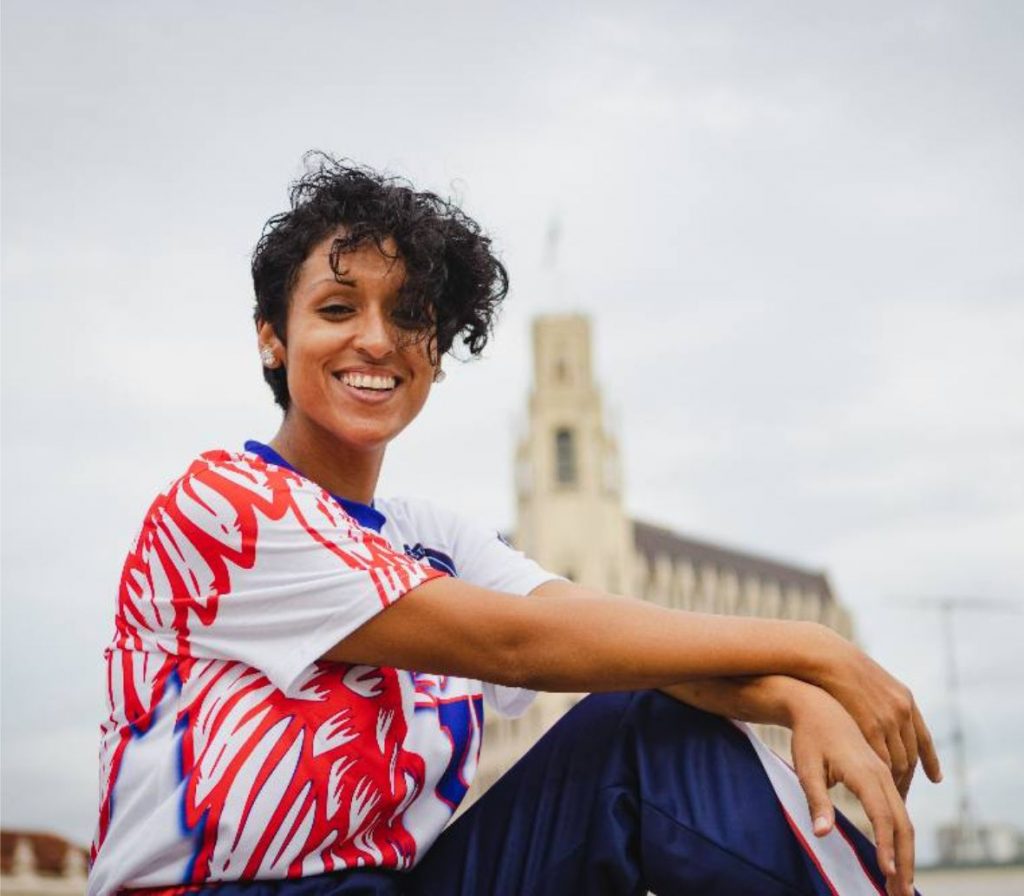 Thank you all for the video clips that you sent in to make the fun little video for SESMA Studio’s 16th Birthday,.
I had a smile on my face every time I received a video. You guys were so good.
Thought the overall edit came out really good and will be a good video to post in a few years time when you are all older 🤣🤣 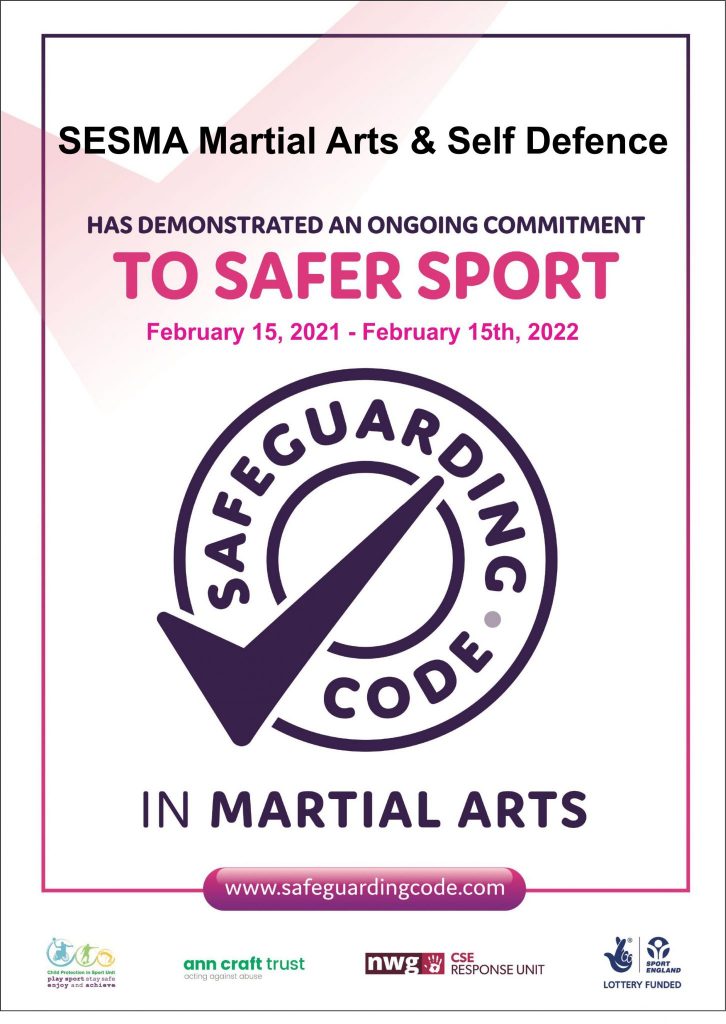 Safeguarding your children is a number one priority for SESMA. That’s why we’re proud to have certified our ongoing commitment to safer sport by Safeguarding Code in Martial Arts and Sport England.
The Safeguarding Code in Martial Arts has been created to give parents and carers peace of mind when searching for martial arts clubs suitable for children or adults in their care, and we’re so pleased to have been awarded this accreditation.
As such, in being awarded this accreditation, SESMA has successfully demonstrated that we have a good working knowledge of quality safeguarding practices and we are able to reassure you that they have a number of strict policies, guidelines and processes in place to keep everyone at SESMA safe.

Find out more about the accreditation at https://www.safeguardingcode.com/

Starts Tuesday 4th May 10am

The Little Dragons Kickboxing will be run similar to our current L’Dragons Karate belt system but using kickboxing techniques.

More emphasis will be put on fitness and padwork but still working on the SESMA 8 Skills which focus, control and discipline.

Last months Zoom Kata Sunday was well attended.
Next one will be Sunday 21st from 9am. 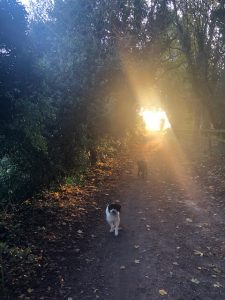 When we soon come out of Lockdown, I am looking at restarting our monthly SESMA Sunday Stroll.
Open to all, and if you have a dog, then bring them along too.

We started these before LD1 and were quite popular and was a great way to have a chat, little exercise and make new friends.

Our first will be along Marriotts Way, starting off from the studio Sunday 18th April 10am

So the idea is to have a page where members can go to easily if they need a tradesman or other business and we can support each other, whether it is a plumber, mechanic, cake maker or financial advisor.

All I need is an advert/business card (preferably 85x55mm landscape) a few words promoting yourself, some photos or a short video.

Check out the page for ideas.
https://sesma.mymamembers.com/local-businesses/

If you would like to offer a discount or something free to sesma members that is initially up to you.

Its Free for members/family of SESMA or £50 per year for non SESMA members. 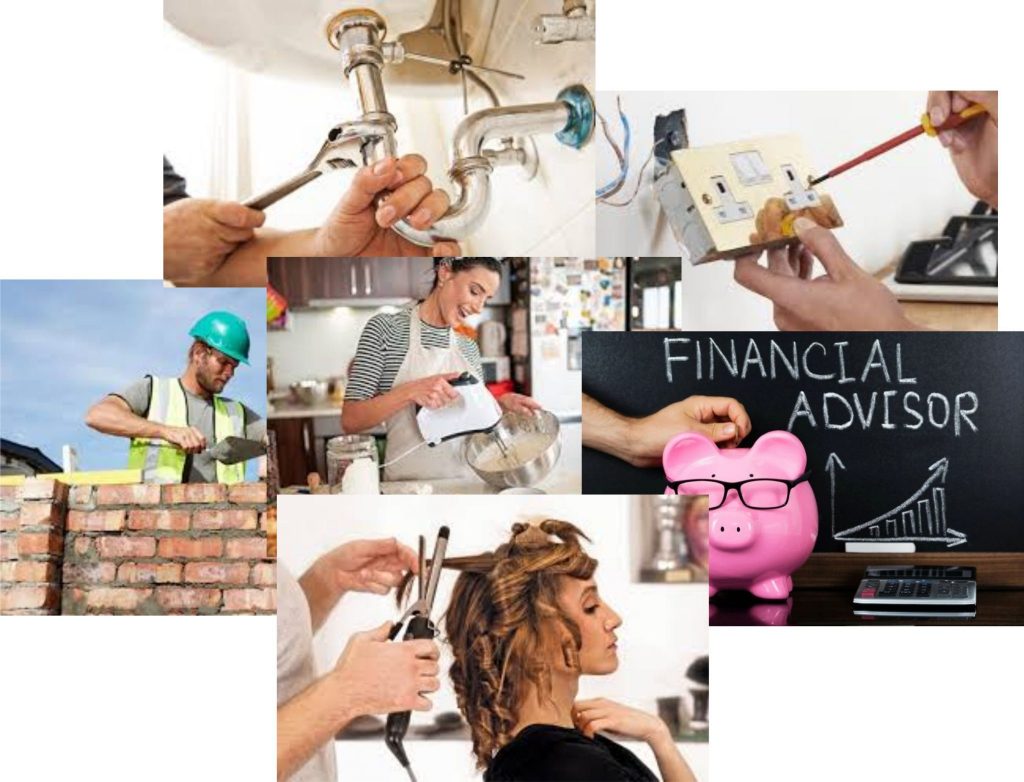 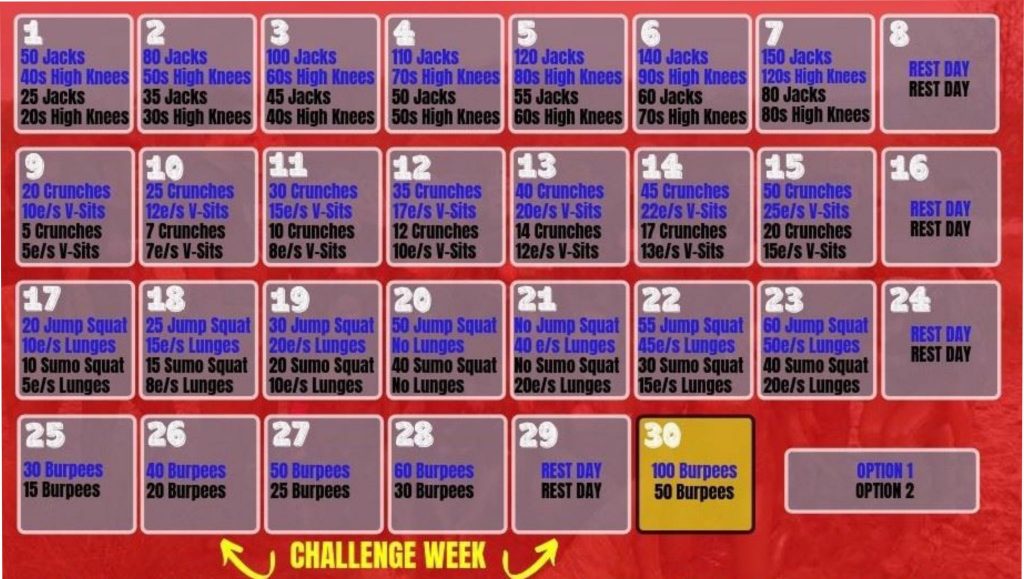 Last month and this month I posted a Fitness Challenge for all to take part in daily over the month.

They start fairly easy and gradually get more challenging over the month as the fitter you become.

Come on join in, nothing to lose, plenty to gain.

Starts Tuesday 6th May 10am

View all our locations

You can find out more about which cookies we are using or switch them off in settings.

This website uses cookies so that we can provide you with the best user experience possible. Cookie information is stored in your browser and performs functions such as recognising you when you return to our website and helping our team to understand which sections of the website you find most interesting and useful.

Strictly Necessary Cookie should be enabled at all times so that we can save your preferences for cookie settings.

If you disable this cookie, we will not be able to save your preferences. This means that every time you visit this website you will need to enable or disable cookies again.

This website uses Google Analytics to collect anonymous information such as the number of visitors to the site, and the most popular pages.